As best as we can determine, water preparations involves various techniques for playing a saxophone through water, creating collateral percussive sounds and strange frequencies for the horns. For this album, Lithuanian reedist Liudas Mockunas performs solo on a variety of instruments - clarinet, water prepared soprano, soprano saxophone, tenor saxophone, percussion - but focusing the playing around the use of water. The pieces are generally minimal, from bubbling to squealing sounds, with odd percussion punctuating the music, and generally resolving to lyrical or abstract improvisation on a solitary horn. Through two suites and a "Dehydration" it's an unpredictable and interesting album of unusual techniques and approaches to reed playing. 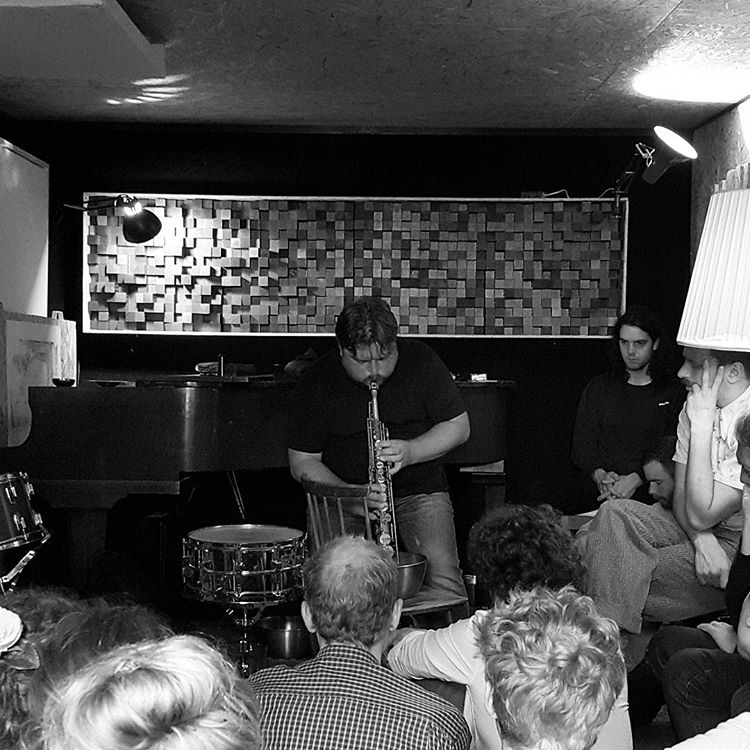